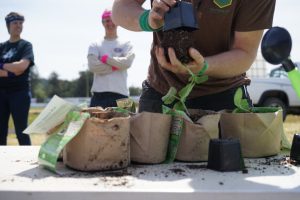 As the weekend of what would have been Cannifest’s 4th year approaches, Humboldt Green Events has high hopes for the state of temporary cannabis events in Humboldt County, despite having to manifest a new location and date for Cannifest 2018 due to new regulations.

Under the Medicinal and Adult-Use Cannabis Regulation and Safety Act (MAUCRSA), temporary cannabis event licenses are only issued for events held at County Fairgrounds or District Agricultural Centers. Humboldt Green reached out to Redwood Acres Fairgrounds and Humboldt County Fairgrounds to hold Cannifest 2018 since they are basically the only two venues in Humboldt that are currently legally allowed to host cannabis events. Unfortunately, it worked out that Cannifest cannot could not be held at either of these State approved locations.

What happened to this year’s Cannifest?

Redwood Acres Fairgrounds in Eureka has been the home of Cannifest for the past three years. With the new policies and regulations surrounding cannabis use at festivals, Redwood Acres informed Humboldt Green Events that their organization is postponing cannabis events for the remainder of 2018. The venue has also evolved into a growing business park that is frequented by children. Under the current regulations, if a cannabis event were to be held at a Fairgrounds location, no one under 21 would be allowed on the premises during the event. Since Redwood Acres is frequented by families, it’s not currently a venue that we would be able to produce a 21 and over cannabis event at.

Back in March, Humboldt Green Events sent a letter in support of AB-2020 to Assemblymember Quirk’s office. A portion of our letter was highlighted in the Times-Standard article titled Capitol Tracker: Cannabis banking, special event bills advance. In the letter, we shared with Assemblymember Quirk that by making a change to the limited venues where temporary cannabis events are allowed to take place, the State of California could provide greater opportunities to small cannabis businesses allowing an emerging industry the same opportunities granted to others, which in turn would provide financial support to local and regional economies.

AB-2020 Cannabis: local jurisdiction licensees: temporary event license was amended in assembly on April 19th, 2018 and was published to the California Legislative Information website on the cannabis holiday 4/20. According to Times-Standard, the bill was passed 13-1 by the Assembly’s Committee on Business and Professions and re-referred to an appropriations committee.

AB-2641 was introduced by Assembly Member Jim Wood back in February. The Times-Standard, reported that the bill would allow for the Bureau of Cannabis Control to grant a temporary license for special events in jurisdictions where the events have been approved at county fair events if locally approved. 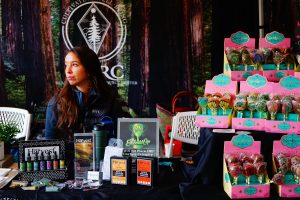 What does all of this mean for Cannifest? The power of manifestation works! The cannabis community has been manifesting the path to keeping California Green and helping small businesses in the industry continue to grow by allowing for a State temporary event license to be issued for any venue expressly approved by local jurisdiction. This is huge news and a step forward for Humboldt Green Events to be able to provide the Humboldt community and beyond, a fully regulated and legal cannabis event at any venue approved by local government. This would allow Humboldt Green Events to hold Cannifest at some magical location in Humboldt or even take Humboldt’s Manifest Cannabis Festival on the road. The variety of venue options in California are endless, but each location depends on the opinion of local government and whether temporary cannabis events would be considered beneficial for their surrounding community.

Back in the beginning of 2018,  when we realized we were unable to produce Cannifest 2018 at Redwood Acres scheduled for May 5th and 6th, we felt that we had somehow let our community down despite the fact that the postponement of Cannifest was out of our hands. The cannabis community was really supportive of our announcement about having to manifest a new date and location for Cannifest. We were really hoping to be able to hold the festival at the Humboldt County Fairgrounds instead and be able to keep the May 5th and 6th dates, but come to find out our only other venue option was also not cohesive for cannabis events. The news of the two bills introduced regarding temporary cannabis events is really a blessing for our entire community that has been struggling to find its place in the current state of legal cannabis business. So many of our small farms that produce craft cannabis and little mom and pop shops would greatly benefit from the opportunity of being able to sell their products at temporary cannabis events like farmers markets and festivals. The introduction of the two bills are really important to the livelihood of all types of business in the cannabis industry in Humboldt and beyond in the greater State of California.

What can I do? Participate in democracy! 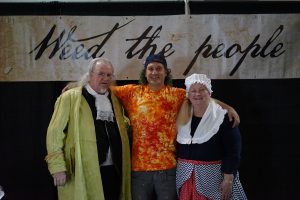 How can you help make Cannifest, farmers markets and other cannabis events a possibility? Call your elected officials and ask them to vote in favor of AB-2020 and AB-2641. Locate your local California representative here. If you live in the Humboldt area, Jared Huffman US Congressman serving California’s 2nd District is your representative. You can contact him by email or by phone at (707) 981-8967.

The Green Team at Humboldt Green Events appreciates your love and support as we continue to adjust in this new legal cannabis frontier. Stay tuned for updates about our next move with Cannifest on our Facebook or Instagram pages.